The Storylines Gaelyn Gordon Award was established in 1999 to honour the memory and contribution to children’s literature of the late Gaelyn Gordon.

The award is made annually for a work of fiction seen by Storylines as one which has stood the test of time and which is generally recognised as a successful, enduring children’s or young adult book.

The Storylines Gaelyn Gordon Award is for a work of fiction for children or young adults by a living author. It must have been continuously in print for at least five years. Or, if the book has been reissued after a period of time out of print or print on demand, then available in bookshops for at least two years. The book must not have won a major New Zealand award where a monetary prize is offered, nor been selected as a Storylines Notable Book, but it may have been shortlisted for a major award, and it may have won an award overseas. Formal submissions are not sought, but the panel welcomes nominations from publishers and authors.

Storylines thanks Gaelyn’s publishers HarperCollins, Scholastic and David Ling Publishing for their generous help in setting up this award after Gaelyn's death in 1997. 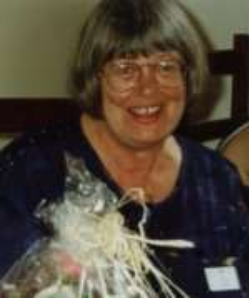 Nominate for this award