Joy Cowley is a fiction writer of equal accomplishment for both adults and children, and is internationally known for her astonishing contribution of more than 600 titles to educational series and to the promotion of reading.

Joy Cowley is Storylines’ founding patron and was made a member of the Order of New Zealand in the 2018 New Year’s Honours list – well deserved recognition for her achievements in children’s literature  in New Zealand and internationally over many decades. She becomes one of just 20 people holding this honour. She received universal accolades as the news broke – read and hear more here, or here or here.

In 2018 Joy was also selected asone of the five shortlisted  authors for the 2018 Hans Christian Andersen Award – the world’s most prestigious international children’s book award:

One New Zealand’s finest children’s storytellers, Joy was born in Levin in 1936, the eldest of five children. Due to her parents’ health the family struggled financially but they were ‘very rich in family experience’. Joy’s own difficulties learning to read led to her passionate advocacy for children struggling to read. Fortunately, she discovered the story hidden within the words, and these drew her into reading.

Joy has had many different jobs, beginning as a pharmacist’s apprentice before becoming a farmer’s wife and mother. During those years Joy wrote and sold short stories, one of which led to the publication of five novels between 1967 and 1978. The first of these, Nest in a Falling Tree, was made into a film scripted by Roald Dahl and starring his wife, Patricia Neal. After several more adult novels, and now with four children, she began writing for children.

Joy started by writing stories for her son, Edward, a slow reader. Teachers picked up on these and they asked for them to be published. For the next two decades Joy devoted herself entirely to publishing school readers for educational programmes, short stories and the occasional novel for young readers, as well as carrying out an increasingly demanding schedule of teaching and promoting reading in America and other countries, travelling offshore for up to three months of the year. Joy’s 1981 novel The Silent One was made into a movie, and won the inaugural Book of the Year Award.

Joy published her sixth adult novel in 1999. Later  Joy varied her writing time: adult writing – articles, spiritual reflection material, stories and novels – and children’s books. Most of her writing time is spent answering letters from her young fans around the world.

Two of her children’s characters have achieved iconic status, especially in New Zealand and America: Greedy Cat (image by illustrator Robyn Belton) and Mrs Wishy-Washy (image by Elizabeth Fuller). Both featured originally in school readers and, more recently, in picture book format for the trade market. Her picture book Brodie, illustrated by Chris Mousdale, was written in response to teachers’ requests for a book about the death of children. In 2004, to acknowledge her outstanding contribution to New Zealand Literature, she was presented with the A.W. Reed Lifetime Achievement Award at the Montana New Zealand Book Awards.

Joy returned to adult fiction with Classical Music, shortlisted for the 2002 Montana Fiction Award, and Holy Days. A long-time resident in a remote bay in the Marlborough Sounds, and renowned for the hospitality offered at her nearby community house ‘Te Aroha’, she now lives in Featherston and enjoys visits from her 13 grandchildren.

Joy is one of Storylines’ patrons and trustees, and her support of the organisation and the outstanding contribution she makes to both children’s literature and literacy in New Zealand and internationally led to the establishment of the Storylines Joy Cowley Award  in 2002. In her spare time Joy enjoyed ‘spinning, weaving, woodwork, sailing, [and] fishing’, though recently failing eyesight has limited these activities. Coincidentally, Joy Cowley and Margaret Mahy were born in the same year and both had their first books published in 1969. 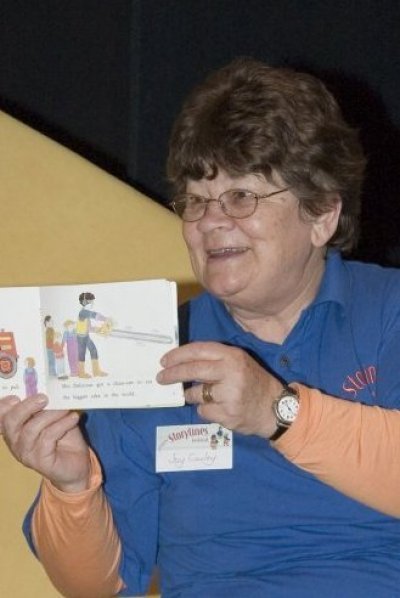 Select a profile type below to start.